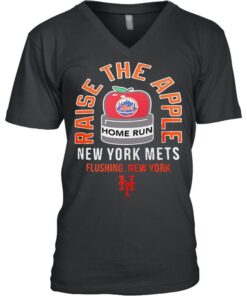 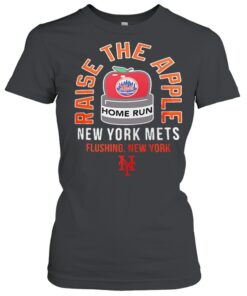 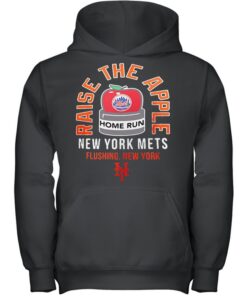 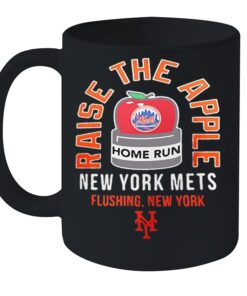 He then goes on to say he binged through the series in two months which is a shame since Jojos isnt really a New York Mets Raise The Apple Home run flushing New York shirt thats meant to be binged especially after Part 2. If you get burned out, just take a break man. Don’t finish a whole part out of spite man. No wonder it turned you off the series. Which is a shame I feel like he’s kinda being unfair because he goes on to say he didn’t really care about Part 6 and read it when he’s feeling bored and exhausted of the series and of course reading it still would ruin your experience and I feel he should’ve taken a break for a while. Like I love One Piece but eventually you get a bit worn out from a series and take a break (for me it was Fishman Island. Took a few weeks off and came back and continued to love it again) so it will remain fresh as I feel Part 6 is a pretty fun part to. It has a great Jojo, great main villain and a pretty fun story with some creative as hell stands and my favorite ending of any Jojo part.

He then shows a screenshot of a person not liking an anime because of a weird trope and a guy recommends New York Mets Raise The Apple Home run flushing New York shirt as well its a pretty unique series and not all anime are the same but Cosmonaut gets the impression that they’re recommending Jojos to newbies to anime and even then I don’t get the problem. Anime is weird. Jojos is a pretty fun anime. Watch/read it. You might enjoy it. And thats about it really. And what I find a massive shame is Cosmonaut quitting the series. I mean he enjoyed Phantom Blood, really enjoyed Battle Tendency, really liked Stardust Crusaders from Pet Shop onwards, loved DIU (which is the longest shonen manga part yet complains about SC and GW being too long) and he might really enjoy SBR and Jojolion. c