One lucky passenger in China enjoyed the Let’s Go Brandon It Isn’t Japanese Just Tilt Your Head shirt of having an entire plane to herself as nearly 100,000 travelers were left stranded across China’s main railway stations, like Guangzhou, due to snow delays. The woman, identified only by her surname Zhang, was flying on a China Southern flight out of Wuhan. Documenting her entire trip over social media, Zhang was seen pictured among empty rows of seats on the Boeing 737-700 aircraft that typically seats up to 137 passengers. Since the flight was delayed by nearly 10 hours, most of the passengers left on earlier connections to get to their destinations in time for the Lunar New Year festivities. The flight was heading to Guangzhou on 1 February when it was delayed from 6.40am GMT to 4.39pm GMT. Recalling her experience, Zhang said she felt “tuhao”, which is a Chinese word referring to “nouveau riche”. 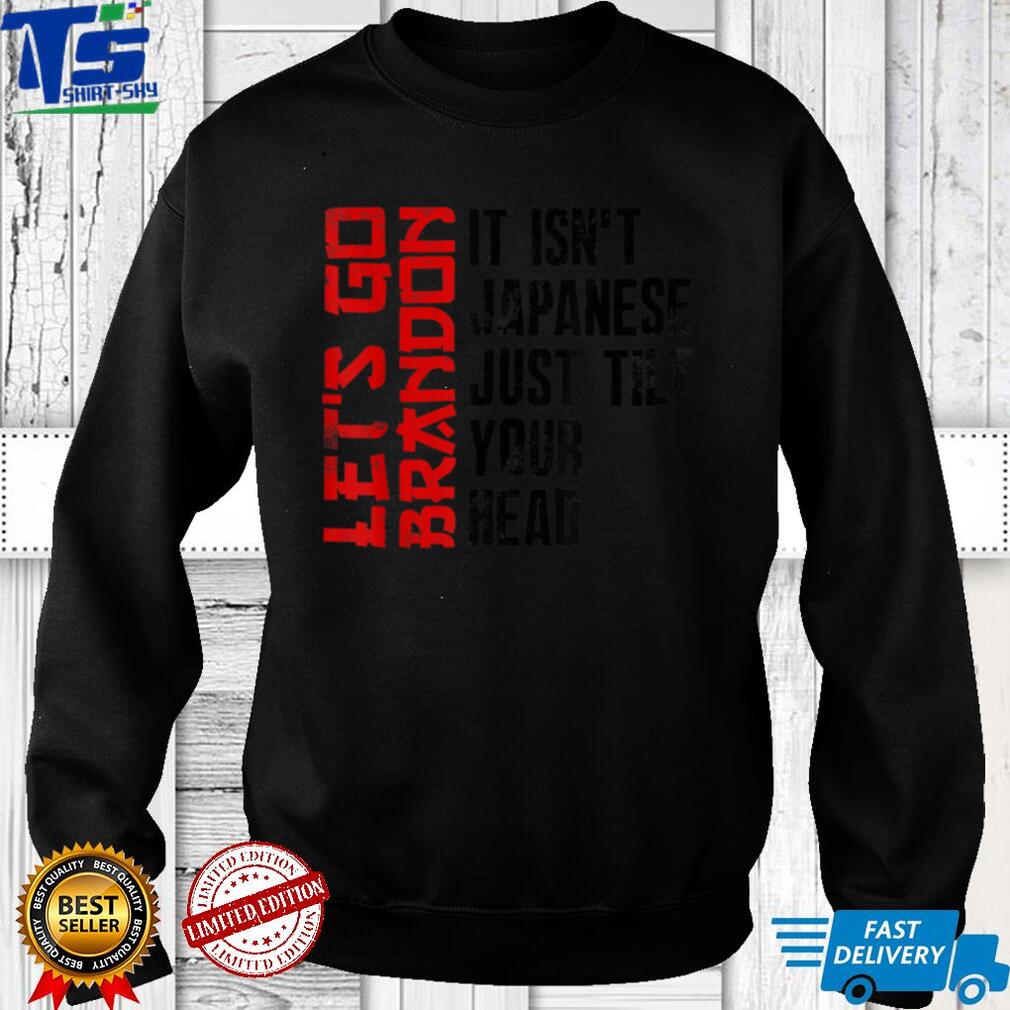